It was 2007, and Lance Armstrong had just killed what was left of cycling in America. The people needed something very big and very compelling immediately, or our sport would be defined by endurance freaks in spandex, LARPing Tour De France “Stage Wins” in the margins of sport and culture and society, until the end of time.

Into this (and fortunately for us), Rapha was born: a collection of best-in-class luxury goods & services reflecting a truly game-changing approach to design and aesthetics. The only thing missing was a story.

Inspired by Rapha’s product offering and brand proposition, 1000% created the most emotionally resonant campaign in cycling since Eddie Merckx. The Rapha Continental: an episodic, multimedia guide to epic riding in America. What started as a an ambitious blog based in Portland, Oregon, ended as a global movement and the creation of Gravel: the hottest category in cycling for the last 12 years.

1 Global Movement: Gravel. The hottest, most important category in cycling, gravel is literally and metaphorically the future of the sport.

The Continental was one of the first, largest and most successful Brand Content Campaigns of its kind.

IT ALL BEGAN WITH A REFERENCE TO ERNEST SHACKLETON’S FAMOUS-THOUGH-POTENTIALLY-MYTHICAL RECRUITMENT AD.

The Rapha Continental is our account of America’s most epic rides and routes, published as an online journal and organized as a guidebook catalog. From Inspiration to beta, the Continental is our commitment to the Lost Art Of Cycling and the Glory Of Suffering. Join us.
Original Continental Charter, 2007
View
→

When I’m about to pop and basically explode for the rest of the day and the ride, I like to go out with a classic bath salts-type of attack performance. You know, like a fatally wounded alpha predator lunging recklessly at anything and everything in a pointless and counterproductive attempt at survival. Just raw, unfocused rage and panic. One last stand, like a suspect on PCP charging through mace and shotgun shells like sprinklers on a hot day. I’ll sprint and charge and spit and foam and bury myself.

That’s why despite the grim forecast issuing from my body, despite the debilitating cramp looming on the horizon, just before lunch and the town of Dufur, on a series of long rolling hills and straights, I jump. At first my effort is strong enough to be marginally convincing, but the group answers swiftly and definitively. In less than a quarter mile, on a steeper section, I’m dropped, left to scramble up the road alone. On the downhill section, I catch up with a struggle, and when the road levels out I resume my attack. Once again, I start a fight I can’t finish, and my right hamstring begins to seize for real. This goes on for several miles, but I can see them smirk and smile. They know. Every new attack is more diminished than the previous one, a little more pathetic. I’m riding myself into the ground. Ten miles out from the town of Dufer, inspired by my increasingly spastic and desperate desire to force the issue, the group counterattacks in earnest and I’m literally left to roll into town on my own.  Road Cycling’s version of the walk of shame.

Inland, the first set of rolling wooded hills are shallow but persistent and steep. We stand and sprint and shuffle through them. Eucalyptus crowds the narrow pavement. We come to the Elkhorn Superette and reprovision under the low light and the flicker of fútbol on tv. Back on the road, we watch for several hundred yards as two kids ride a burro down a gravel road parallel to ours. We spin and stare as they bounce and bob. Then six, maybe seven miles go by in tattered flags, busted cowboy-style ranch signs, driveways lined with machinery and trucks in various stages of disrepair. Small pockets of caravan homes, chickens and tricycles scatter the hills off to the side.

The lower third of Fremont is shaded and hot but cooler, much cooler than what’s to come. Growing views of the valley below fade and pop. Moisture is sucked, stolen, lost. We are riding into the sky on a metamorphic path edged in craggy granite and marble. T i m e b e g i n s t o d r a g a n d b l u r w i t h n o e n d i n s i g h t. Cruel double-digit grades rush to one-up each other with each next pitch. Tick-tack, pant. It’s not a mountain, it’s a mount; this climb is a pilgrimage. A paved catharsis. 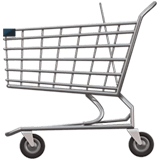